The following is the statement of Eden Prairie, Minnesota dentist Walter Palmer in an attempt to justify the killing of Cecil the Lion in Zimbabwe 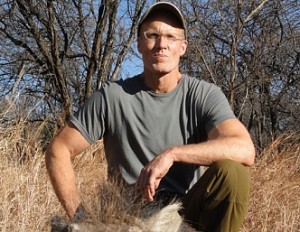 July 28, 2015
“In early July, I was in Zimbabwe on a bow hunting trip for big game. I hired several professional guides and they secured all proper permits. To my knowledge, everything about this trip was legal and properly handled and conducted.
“I had no idea that the lion I took was a known, local favorite, was collared and part of a study until the end of the hunt. I relied on the expertise of my local professional guides to ensure a legal hunt.
“I have not been contacted by authorities in Zimbabwe or in the U.S. about this situation, but will assist them in any inquiries they may have.
“Again, I deeply regret that my pursuit of an activity I love and practice responsibly and legally resulted in the taking of this lion.”

Lets parse this
“To my knowledge, everything about this trip was legal and properly handled and conducted.” Obviously Walter’s knowledge of what is legal is quite limited. No mention here of what is right, only the usual “it was legal” mantra of the delusionally entitled

“ I had no idea that the lion I took”
The lion “I took” , what century is this guy living in?
Explanation: Gun toting (bow and arrow) Walter “took”: Normal human being “Killed”

“was a known, local favourite”
So it would be alright if the lion was a nobody then, typical American attitude that only the famous matter..
Walter is now famous; I hope he enjoys his fame

“I relied on the expertise of my local professional”
It was the other fellahs fault, standard cop out for those who refuse to take responsibility for their own selfishness.

“an activity I love and practice responsibly”
That’s alright then, Walter loves it so it must be alright, the fact that the vast majority of intelligent human beings think that his behaviour is abhorrent, rates below his love of killing ( ref: “taking” above)

The fact that we share a surname, (first mentioned in 1171) means that “I may” share a genetic connection with this Gobshite, He’s a disgrace to an honourable name.

I sincerely hope that the killing of this beautiful animal will result in “the great white hunter” Walter being ostracised, pilloried and living out the rest of his existence in drug of his choice haze of regret,  although on reflection, he’s probably too stupid to feel regret.

I wonder if the denizens of Eden Prairie, Minnesota are proud of their “Great White Hunter”