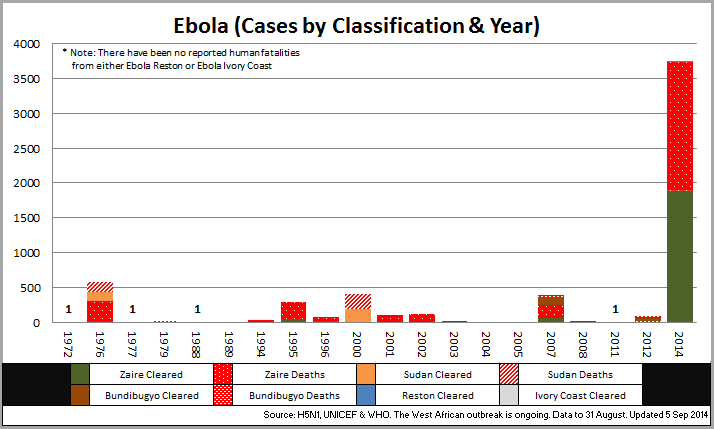 How strange we humans are in the way we can live with an epidemic that is killing 3.5 times more people every month in the EU than Ebola and the worst thing is this,  it’s not sick people who are dying, it is perfectly healthy people who are dying in Europe at a rate that is 3.5 times the rate from Ebola.

It would seem that we can ignore this epidemic by using the old human trick of “We are not looking over there” a bit like a two year old child who thinks they are invisible when they cover their eyes, because they can’t see you?

Since the current outbreak of Ebola in February there have been 4,484 deaths from Ebola
See stats here 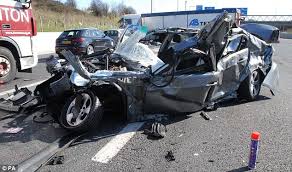 The bogymen tell us that if don’t do something there will be 10,000 cases of Ebola by the end of the year. No mention of the fact that there will already have been 26,364 road deaths this year

The rate of deaths in the USA is more than twice that of the EU with about another 37,000 deaths per annum. See stats

Almost all road deaths are caused by inappropriate speed. We have the technology to prevent this. The question is, why don’t we use it?

Of course road death is not the only preventable thing humans die, smoking kills 7000 people per year in Ireland. Worldwide there are about 5 million deaths from smoking (WHO stats)

How come the media is not having a conniption (Hysterical fit) about these? Very strange………

I am not suggesting that we should not treat the current Ebola outbreak seriously, we should and perhaps now, because of the size of this outbreak, a vaccine will be developed but perhaps a sense of proportion relative to the other mass killers we contend with would be better than having to listen the latest “flavour of the month” media frenzy

I heard a commentator this morning claiming that there would be 100,000 deaths from Ebola by next March. Let’s park that on this date and revisit in March….