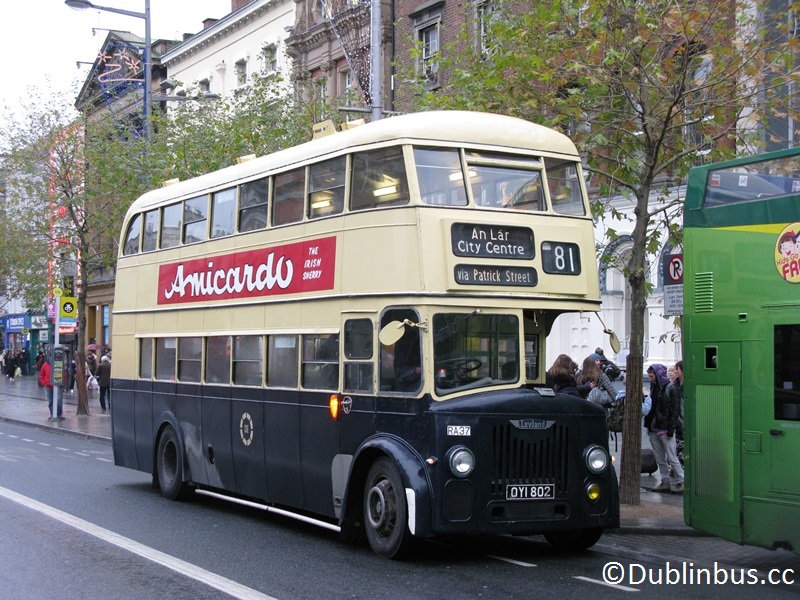 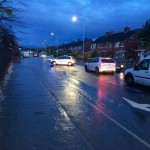 Favourite number 2 daughter very impressed. Four weeks ago as we had the usual first big leaf fall around Rathfarnham, I predicted that the when all the leaves had fallen and blocked the drains, there would be a big rain event in early November (this has happened every year since I started noticing it in 1992) The drains will be blocked with leaves and everyone will express surprise and blame the annual road flooding in Rathfarnham on Global warming.

Note to SDCC and Oxygen. Put a big notice in your diaries for the 5th November 2015, reminding you that all drains in the county, and especially Rathfarnham please, should be cleared in anticipation of the annual large rainfall event that will happen around this time in November 2015.
To be revisited in November 2015…..

For two days now, a bunch of “Breakfast Roll Men” are in charge of the traffic  at the junction of Dodder park Rd and Rathfarnham Road. I’m not certain what time they start but they were there at 10:00am yesterday (6th Nov) and still there at 4:00pm.  There at 12:00noon today.

This junction is a bit of a nightmare for traffic at the best of time but to say that these guys were making a complete mess of it is an understatement (FUBAR is the correct expression). It looks like their important task is to remove and replace the road markings and as anyone who suffers at the hands of these kind of contractors will know, traffic management would not be one of the qualifications of the job.

Scruffy high vis jacket wearing  employees (jacket suitably covered in a year’s road work detritus ) manning the “Stop Go”  signs.   A phone call to the local Garda station in Rathfarnham to advise of the chaos elected a hands in the air response of “ not much we can do about it”

I’m not certain who is responsible for this piece of total disregard for the citizens who have to traverse this junction.  Dodder Park Road is the boundary between Dublin City Council and South Dublin County Council.

Travelling onwards towards the city we are now at the junction of Rathmines Rd upper and Lower, (12:20) where a contractor has parked his truck on the bend just past the bus stop at Lenehans and surrounded it with cones.  This means the road at the traffic lights is now down to one lane.  The truck is not serving any purpose, it is just the most convenient place from them to park it while they work on the footpath at the traffic lights around the corner at the junction of Charleston Road.

This is definitely in the responsibility of Dublin City Council.

Remember the eyesore and absolute chaos that was caused when a contractor was allowed to use O’Connell Street as a storage depot for all of their materials while upgrading the central median. Material which was then gleefully used by a bunch of thugs protesting against the DUP.

It is totally unacceptable that the traffic in a city of 1.2m people can be controlled at will by any contractor with a bunch of traffic cones and some labourers decked out in yellow high vis vests.

Invariably, it is not the senior manager on the site who is given the job of messing up the traffic, more likely it is the guy who looks after the shovels and other important implements at the start and end of the day. When two or three of them are needed, it’s like watching the Irish team under Trapattoni trying to pass the ball to each other.

Why the hell do our councils  not include a requirement to have professional traffic management expertise as part of any RFQ for road works in the Dublin area.

Remember, we are about to have the heart of the city dug up to facilitate the joining up of the Green and Red Luas Lines, is the traffic management at the various sites along the route going to be controlled by whatever “Breakfast Roll Man” happens to be to hand?

There is definitely a sense of nobody being in charge where road works in this city are concerned.

When things go wrong and will not come right,
Though you do the best you can,
When life looks black as the hour of night –
A pint of plain is your only man.

When money’s tight and hard to get
And your horse has also ran,
When all you have is a heap of debt –
A pint of plain is your only man.

When health is bad and your heart feels strange,
And your face is pale and wan,
When doctors say you need a change,
A pint of plain is your only man.

When food is scarce and your larder bare
And no rashers grease your pan,
When hunger grows as your meals are rare –
A pint of plain is your only man.

In time of trouble and lousey strife,
You have still got a darlint plan
You still can turn to a brighter life –
A pint of plain is your only man.

I attended the Dublin Chamber of Commerce’s Green Economy Forum in Byrne Wallace Solicitors this morning at which there was two excellent presentations from Gabriel D’Arcy of Bord Na Mona and John Power from Engineers Ireland.

In both presentations there were examples of local vested interests objecting to infrastructure developments that would be of benefit to the whole country,

From Gabriel,  “Draining the Shannon and sending the captured water to Dublin”. Two Birds with one stone; alleviate of the annual flooding along the Shannon and help solve the water shortage in the greater Dublin area.

From John,  “The North East Pylon Pressure (NEPP) group” demanding that High Powered Electric Cables be put underground, even though this is both technical and financial lunacy (my words not John’s)

In answering my question as to how we could prevent minority pressure groups and other cranks holding up important infrastructure developments, just because they can, John also explained that the Shell Gas project in the west of Ireland will have a total delivery time of 18 years from start to finish, the norm anywhere else in the world would be 6 years. Why are the oil companies not queuing up to invest in Ireland??

There needs to be some change here, of course people need to be allowed voice their legitimate concerns and have them listened to and addressed but, if companies or organisations are operating within the rules set down in our planning laws, individuals or small groups of individuals should not be allowed to object and hold up the development, just because they can.

Gabriel D’Arcy made the very valid point that companies or organisations also need to be more professional when planning projects, identifying potential issues or areas of conflict and dealing with them in a sensible manner, before they become a problem.

If we are to dig ourselves out of the hole we are currently in, we need to speed up the delivery of good infrastructure projects and our planning laws urgently need to be changed to allow this to happen.

We need solid guidelines that take account of local and national needs and once a project is planned and executed within those guidelines, individuals or minority groups should not be allowed object.

There should certainly be financial consequences for any individual or group that holds up a project for spurious reasons.

Brendan Palmer, Problem solver.
Developer of successful business strategies for projects in Ireland and across borders and cultures 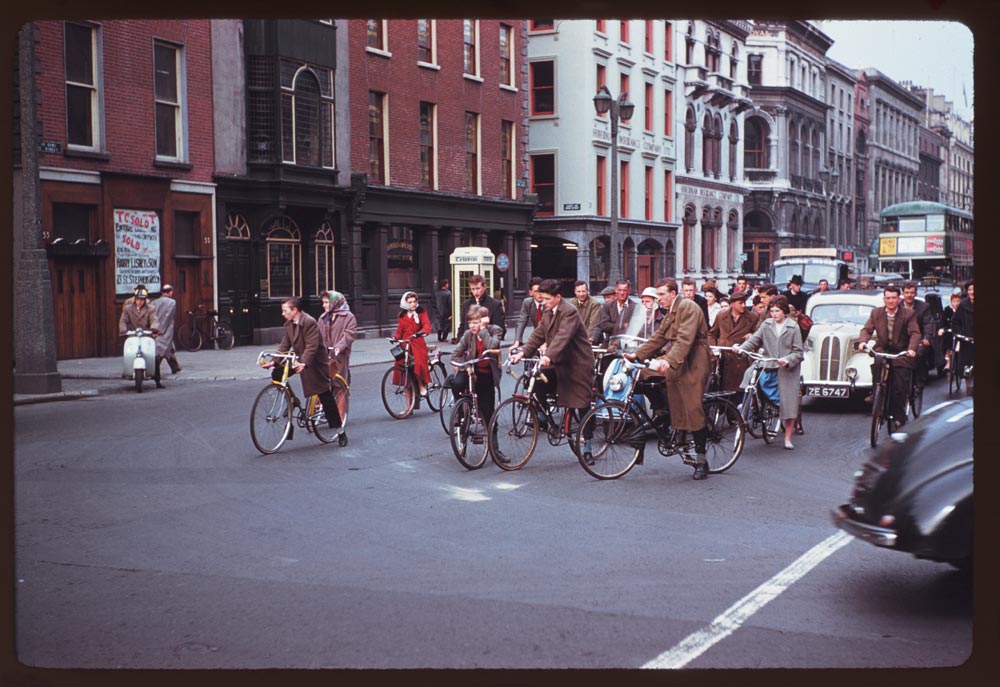 A scene from Dublin in the Sixties

The Dublin Bike Scheme recorded its one-millionth hire over the weekend, eleven months and one day after the scheme was first introduced. To date, over 37,000 users have signed up for the service.

The 450 silver and blue unisex bicycles are available for use by the public at 40 locations from the Mater Hospital in the north of the city to Grand Canal Street in the south from 5.30am to 12.30am.

A long term subscription card costs €10 and a 3 day ticket costs €2. A guarantee of €150 is required, which will be charged to the guarantee account, if the bike is not returned within 24 hours 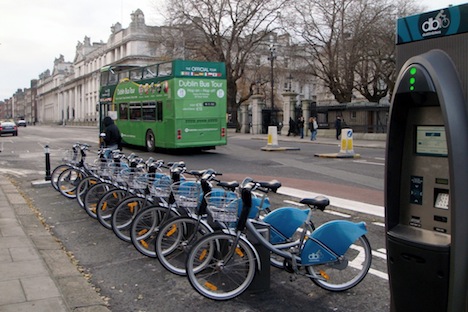 The Dublin Bike Scheme was launched in September 2009 by Dublin City Council in conjunction with French advertising company, JCDEcaux (Ireland), who fund the operation in return for advertising space.

So far the scheme has been a great success with only two bikes being stolen, which were subsequently recovered.  Because of the success of the scheme, Dublin City Council Plans to increase the number of bikes to 550 in the next few weeks, and to introduce four new stations at Smithfield, Eccles Street, Harcourt Terrace and Charlemont Mall.